Continue Shopping
Cart 0
Home / Blog / Do I need a will?

Do I need a will? 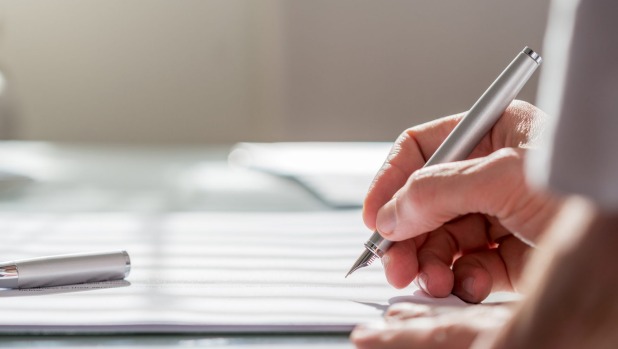 As I noted in my earlier blog (Half of Kiwis over 18 don’t have a will – what are we going to do about it?), a lot of New Zealanders don't have wills.  It's not really clear why that is, but one reason is that a lot of people think they haven't got enough assets to make it worthwhile.

With the growth of KiwiSaver balances, that is often not the case.  Average KiwiSaver balances are now approaching $15,000, which is the threshold for administration of an estate without a will.  Above that figure, and the family has to go to court to have someone appointed as the administrator.  Stuff recently drew attention to this issue, and also to the free will that we recently launched with Matt Hay.

You see see the Stuff story here, or read it in full below. You can try the free will here.

Growing KiwiSaver balances could spell trouble for New Zealanders who do not have a will.

It is estimated that more than half of all New Zealanders over the age of 18 have not yet drafted one.

Among 25- to 39-year-olds, the proportion is as high as two-thirds.

Historically many people have put off organising a will until they bought a house. But now, with KiwiSaver balances accumulating quickly, and many people buying a house later in life - or not at all - experts are urging action earlier.

Adviser Hannah McQueen said it was not something that should be put off.

"If you have kids, KiwiSaver or anything you want to specifically go to someone who is not your next of kin, then a will is a good idea – even if you don't have a house."

Gene Turner, managing director of document automation firm LawHawk, said many people were building up a significant asset in KiwiSaver without even realising it.

"By the time you die you could have a substantial asset just with that. Or if you have children you need to think about who you want to be the guardian of the children.

"Inevitably you will have some assets and if you die without a will, you're putting your family through cost and stress."

"People might start contributing when they start a part-time job at 15 or 16," said Succeed Legal owner Matt Hay.

"By the time they are in their 20s there's a reasonable amount of money in KiwiSaver. We are increasingly seeing relatively young people with sufficient assets to warrant having a will. That leaves the family in a position of having to tidy up a bit of a mess [if they die]."

Hay said people usually left making a will until they hit a trigger point such as taking out a mortgage.

But there would be an increasing need for young people to be proactive about it earlier on.

The threshold for administration of an estate without a will is $15,000. Average KiwiSaver balances are already near that amount.

If someone dies without a will and with assets worth more than $15,000, the family has to go to court to have someone appointed as the administrator.

This normally costs $2500 and can take seven or eight months. In cases where there is a dispute, it can be a longer and more expensive process.

Avoid unnecessary cost and stress - make a free will here

Jessica Wilson, Consumer NZ spokeswoman, said the proportion of people who died without a will was less than 5 per cent.

"But we're often sluggish about putting pen to paper, fearing the lawyer's bills that may result. Making a will doesn't cost that much. The expensive bit is the will's administration after your death: these costs come out of your estate and vary depending on who administers the will," she said.

She said it was legal to make your own will.

"A DIY job may be fine if your assets are modest and your family relationships orderly. But if not, you'll probably need legal advice."

She said it was sometimes possible to find a law firm willing to do a will free or cheaply.

"Some law firms may also prepare a will for free if you're doing other business with them. However, they usually expect to be named as the executor, that's how they earn an income."

LawHawk and Succeed Legal are offering a free will service until the end of April, via the LawHawk website, using the HotDocs document automation platform.

Turner said people who prepared a will that way could choose to have a trustee company acting as executor but they did not have to.